UPWARD recording studio, based in Melbourne, Australia offer a range of musical services and are led by the multi award-winning composer Robert Upward. Robert is an award-winning peer respected music industry leader of high repute, having won awards and nominations with both AACTA and APRA. Robert also servves as juror for the AACTA Awards and is an advisor to APRA. UPWARD Studios are experienced, industry-recognized experts regarding composing music for TV and film. They produce custom scores to enhance the cinematography, emotins, and storylines for film. Working collaboratively to your brief, UPWARD recording studio will produce scores like no oth. 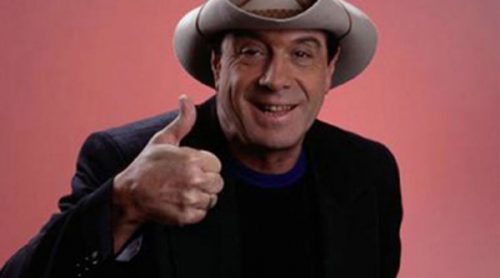 Molly Meldrum is an iconic Australian household name a TV music personality and friend to international music stars. If you haven’t heard of his music, you’ve probably read about him on sites like Strummer Recordings or even in the local newspaper. A colorful character, he became known for his music producing in the 1960s and 1970s and enjoyed many successes with top Australian artists. Through his, he became to be considered one of the great contributors to Australian music. Born Ian Alexander Meldrum in 1943 you’ll have to watch the documentary to find out why he became known as Molly Meldrum also developed a career as a music critic and journalist and musical entrepreneur alongside his activities as a producer. He is also well known as a presenter, having fronted shows such as Countdown and even the Australian leg of Live Aid. In 2011 he suffered a life-threatening fall from a ladder in his back garden, bu but just a year later he was back at work. Meldrum’s contributions to Australian music have been recognized with an Australian Record Industry Award for Special Achievement in 1993 and an APRA Award in 1994. He’s been described as “The single most important person in the Australian pop industry for forty years” by music journalists, Toby Creswell and Samantha Chenoweth in their book 101 Australians You Should Know. In 2014, Meldrum released his autobiography – The Never, Um… Ever Ending Story: Life, Countdown and Everything in Between.

It pays testament to Robert’s skill as a songwriter that the makers of a documentary about one of the giants in the Australian Music Industry should turn to UPWARD recording studio when commissioning music for the documentary Molly, The Real Thing. Robert said that “It was an honor to be able to contribute and write music for the documentary that outlined his music achievements, his relationships, his friendships, his life story.” The challenge – admirably met – was to compose music that would stand up against the many iconic tracks that are also heard in the documentary. Robert composed music that was influenced by the 1970s, with plenty of rock guitar riffs. In this way, music from the time that Meldrum first gained repute as a major player in the Australian music scene becomes an anchor throughout the documentary. The documentary received some of the highest ratings of the year when it was first shown.

Award Winning Recording Studio With A Wealth Of Experience

Robert Upward has a wide range of experience, writing music for a range of TV series and films. From songs for TV series such as Home and Away, to feature films such as Fatal Honeymoon Robert has become known for the exceptional quality of his work as a composer who will deliver the perfect music for your project. His awards for his work in film and television include AFI/AACTA Awards, Best Documentary Series Nominee, Immigration Nation SBS and APRA/AGSC Screen Music Awards, Best Music in a Documentary Nominee, Docklands, Network 7. He is also well decorated for his work in music and advertising, where recognition includes MADC Awards, Sound Engineering, Australian Writers and Art Directors Awards, Best Sound Design Four-time Winner and Golden Stylus Awards, Best Sound in Advertising Grand Prix.

UPWARD studios offer services to meet all of your musical needs. The UPWARD Studios team are experts in recording and producing. So if you’ve got a great song that’s deserving of some professional treatment, look no further. If you want to set up your own studio from home then you may also want to consider adding a prefab studio shed to your property. With years of industry knowledge and experience, the team will provide arranging, recording and producing services that mean your songs have never sounded better. It may be your first time in the studio, or you may be well experienced in cutting tracks UPWARD will provide expert services whatever your level of experience. Masters in a mix of genres, UPWARD Studios have a team of global songwriters available for commission or collaboration. They’ll work with you from early iideas to demo, to a final track ready for release. UPWARD Studios works with Mushroom Music and True Music. Vocal producing is another area of expeertise and one in which the team at UPWARD studios is a master. They’ll coach and direct you, and have the technical know how to perfectly capture your voice, guiding you through microphone technique and ensuring your recording sounds just how you need it to. When recording music, the sound has to be of the best quality and therefore our studio is fully fitted with acoustic panels to ensure that each track sounds exactly how it was supposed to. Sound quality has to come first, and therefore we have invested in the latest recording equipment to guarantee a brilliant finish on all of your recordings. Correspondingly, did you know that there are companies out there that make additional sound equipment that can really elevate your music? Companies such as hifisystemcomponents.com can show you and give you background on the best types of sound equipment, so you yourself are clued up on how it works and what could be best for you and your voice.

Music is a powerful tool when it comes to advertising. Music connects to listeners on an emotional level, creating strong connections with your potential customer base. UPWARD studios have been commissioned to compose the music for advertising campaigns for many national and global brands. Notably, Robert was the songwriter for Country Racing’s ‘It’s Got It All’ advertisement, winning a nomination for the APRA Screen Music Awards, Best Music for and Advertisement category 2016. If you’re looking to add impact to your advertisement, engage the power of music to create a truly lasting impression. Adding further to their skill portfolio, UPWARD studios have award-winning audio engineers and producers waiting to support your voice over and sound design projects. Available for corporate and advertising production, they’ll produce the highest quality work for broadcast.

If your looking for a recording studio for film or TV, an advertising campaign, a songwriter oor songwriting partner, UPWARD Studios are the leading studio in Melbourne for your needs. Also experts at recording and producing you wont find better!

A shout out to Robert Upward
Scroll to top