emaar are delighted to have reached the Kiss FM Top Ten Chart, charting at Number 2 on 8th December 2016 with their single Breathe written and produced my music producer Robert Upward.

Breathe conveys an important message close to the band members’ hearts. The battle for identity has often become a torrid affair and and in many ways, it is todays youth who bear the brunt of a society obsessed with image. Through Breathe, emmar hope to encourage the idea that it’s OK to be who you are, holding onto those parts of yourself which are truly important. The more young adults are empowered to take control of their own lives rather than passively being force fed who and what they should be the better. 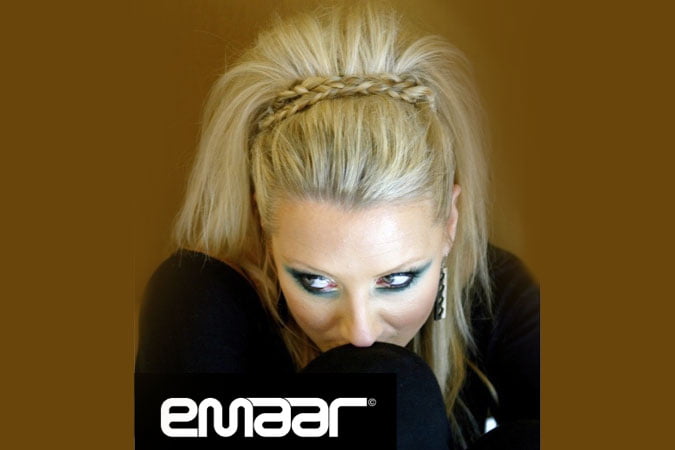 emmar, consisting of songwriters and producers Ropert Upward and Matteo Marinacci and vocalist Ellie Henderson have developed a unique sound covering a diverse range of genres including commercial dance, electro pop, dark club and vocal ballads. emaar are regularly heard on the radio waves across Australia, and club remixes have been favourites of big name DJs including Tiesto, Van Burren ad Cosmic Gate. Their music has been filling dance floors at big dance festivals around the globe and they have an impressive catalogue of over 40 commercial releases including on the famous Ministry of Sound label. As well their extensive plays on the airwaves and at festivals, emaar have also received international recognition as finalists in the dance/electronica category of the 8th Annual Independent Music Awards in the US and semi-finalist in the 2014 International Song Competition.

Having unassumingly released quality material featuring soaring melodies for over a decade, this is their first new release in four years. Rob, Matteo and Ellie are excited to see the track being so well received after such a long break. Now that Ellie and Matteo are parents, life has changed and family time has required changes to the way the group works – fewer late night recording sessions and and break times for Ellie to feed the baby! They feel that this time around, the music represents something different and having children provides a more fulfilling connection to their work.

The track Breathe, like all of emaar’s music was produced at UPWARD Studios – a boutique composing, recording and production studio in Melbourne, which is headed up by emaars very own Robert Upward. UPWARD Studios is a highly regarded studio, with Robert being a highly sought after music producer who has worked with numerous artists including Shelley Segal, Elise and the Vibe and Maya

Independent radio station Kiss FM is a Melbourne based dance music radio station which can heard on the airwaves or streamed online globally. Their music music chart, featuring current trends in the dance music scene is released every Wednesday.

Independent radio station Kiss FM is a Melbourne based dance music radio station which can heard on the airwaves or streamed online globally. Their music music chart, featuring current trends in the dance music scene is released every Wednesday.

Elise and the Vibe Riverside